After the age of war had ended, the region of Kawara near the Kamo River flourished as a place of business for many street vendors and performers, due to the rebuilding of the Sanjo and Gojo bridges by Toyotomi Hideyoshi. Consequently, tea houses, seats and benches for spectating were also built for wealthy customers to use. This is the origin of the Nouryou-Yuka. Stone walls and embankments were later constructed in the Edo period and Kawara became an entertainment area with a geisha district located nearby. It is said that great crowds of spectators gathered for the Miokoshi-arai (washing of the portable shrine) of the Gion festival and other festive occasions. During the middle period of the Edo period, the rules regarding the seating by the river became more systematically structured, with each tea house only being allowed to place a certain number of seats by the river. These seats of this time were mostly wooden fold-up chairs, benches and platforms placed on the riverbank and were called "the cooling off of Kawara". 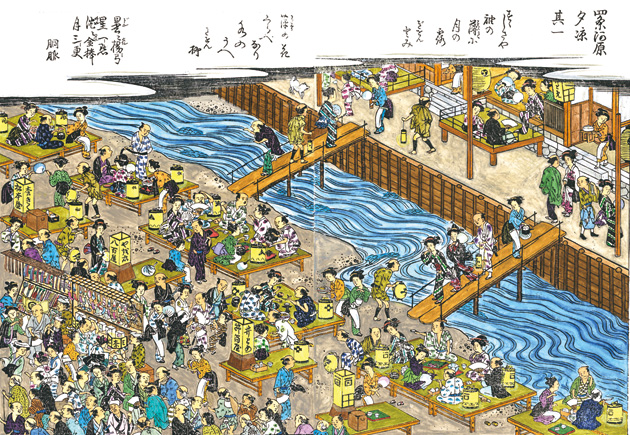 It was during the Meiji Period in which the constructing of the current day Yuka decks became a tradition during the months of July and August, and Yuka decks were constructed on both sides of the river. Different types of seating was made available, from elevated raised-floor type decks to low floor decks and benches on the sandbanks. The Yuka decks on the east side of the river were removed due to the excavation of the Kamo River Canal in 1894 as well as the extension of the Outousen Line of the Keihan Railway in 1915. Later in the Taisho period, seating down on the sandbar was prohibited due to flood-prevention construction work which created the Misogigawa waterway. 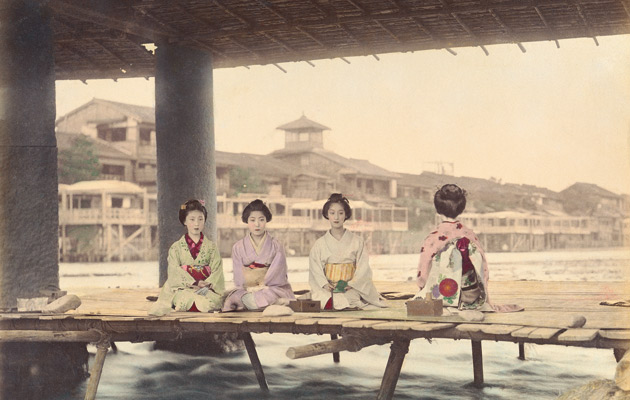 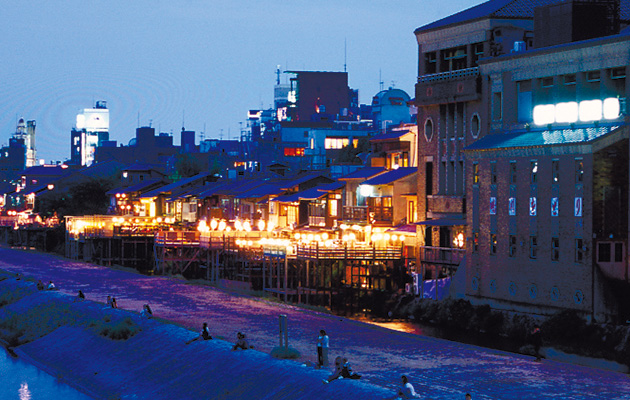 【Photograph】Scene of yuka decks beside the Kamo river during nightfall.

Chronological Table of the History of Nouryou-Yuka